Progressive-rock legends Spock’s Beard are extremely pleased to announce their 11th studio album ‘Brief Nocturnes and Dreamless Sleep’,while at the same time InsideOut Music  eagerly welcomes the band back into the fold. Label-head Thomas Waber had this to say about their return: ‘InsideOut Music and Spock’s Beard have a long and successful history. What would we be as a company without them? Welcome home guys!’

The new studio album also marks the recording debut of  long-time drummer Jimmy Keegan, and vocalist / guitarist Ted Leonard (Enchant, Thought Chamber). It also sees the return of one familiar name to the song-writing credits, that of Neal Morse who has co-written two tracks after having left the band way back in 2002. Of the collaboration, bass-player Dave Meros says: “Al and Neal are brothers, of course, and keep in regular contact with each other. What happened was that Al spoke to Neal and told him he was working on some ideas. Neal said he’d love to help, so Al went down to Nashville, where his brother’s now living, and they collaborated on the songs.” 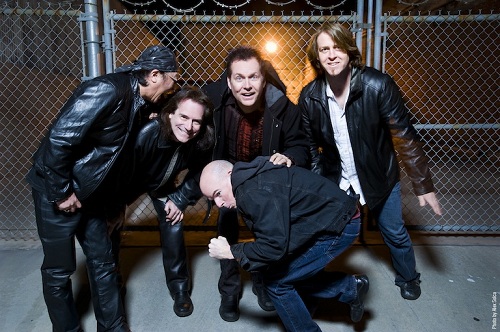 Co-produced by Al Morse, Rich Mouser and John Boegehold, ‘Brief Nocturnes and Dreamless Sleep’ is described by Meros as ‘is quirky, edgy, (and) reminding us a little bit of older times in the band, but also taking us further forward.’  More information and tour dates to be announced soon!