Metal Mind Productions presents the exclusive re-release of three albums by the US’ heavy metal band Steel Vengeance –„Call Off The Dogs” (1985), “Second Offence” (1986) and „Prisoners” (1988).

Michael Wickstrom formed the band Steel Vengeance in 1984 and recorded the bands first self-titled EP on Kingdom Records. Their second demo “Never Lettin’ Go”, recorded in December of 1984, earned Steel Vengeance a deal with French label Black Dragon Records. Their first album, “Call Off The Dogs”, won rave reviews throughout Europe, Japan, France, Poland, Spain, Germany and many other countries. In addition, the band was getting the attention of Metal Magazines and was selected by French Enfer Magazine as “Album of the Month” (beating out such bands as Kiss, Twisted Sister, Gary Moore, and Kix). After a quick U.S tour, the band recorded “Second Offense” and returned to the road supporting Omen, garnering great reviews by Metal Hammer, Metal Mania, & Aardshock magazines. 1987 brought a change of direction for Steel Vengeance, as they developed a heavier sound with more of an Iron Maiden influence. “Prisoners” was released on Giant/Dutch East Records in America and on Black Dragon in Europe and the response was impressive. New band members Tracy Kerbuski and Drummer Marshall Davis were added to the band line up. After the release of “Prisoners”, the band was going in a different direction and with the good came the bad, as Michael found dissent and personal problems within the band. Either another change had to take place or the band would self-destruct. Considering the anti-drug theme of “Prisoners”, Michael could only do one thing: find new members and start out again. In July 1988 Michael moved to Los Angles to seek out new musicians. He got more than he bargained for. His first find was Glenn E. Rogers, whose guitar abilities were phenomenal. At only 24, Glenn had already been playing for 15 years. ‘Killer’ Ceregatti, a 22 year old Brazilian occupied the bass slot. With his training in the art of jazz and classical styles, he was able to bring the bass to the forefront of Steel Vengeance songs with as much ease as he supplied the solid rhythm necessary for the music’s intensity. The band went into the studio and recorded the album “Never Lettin Go”. The album featured special guest appearances – vocalist Robbie Brauns (Hero), drummer Marshall Davis, and drummer John Draper. In 1991, with a new L.A. line up, the band recorded “Live Among The Dead”.

In early 2007 Michael started to re-ignite the band and released “The Collection”, which is an assortment of songs from the first three albums. With the overwhelming response on “The Collection”, Michael contacted Brian Harris and Marshall Davis and L.A.’s metal guitar wizard Steve McKnight and reformed Steel Vengeance once again. The band was approached by several companies and accepted an offer from Metal Mind Productions and decided to re-issue and re-master the first three albums on CD. The albums were re-mastered at Total Access in Redondo Beach, California where such bands as Heaven and Hell, Ratt, Motley Crue, & Dokken recorded. The re-mastered CDs include bonus tracks – original unreleased tracks of the bands 1984 demo. The band is currently writing and recording new Steel Vengeance songs.

Steel Vengeance’s first three  albums will be released by Metal Mind Productions on September, 10th in Europe andSeptember, 11th in USA (via MVD). 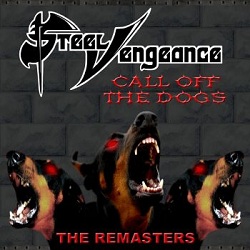 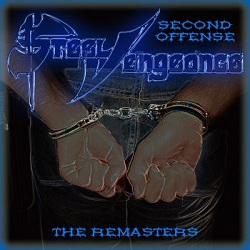 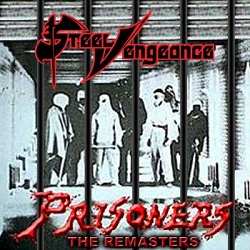