INDELIRIUM RECORDS is proud to announce a new amazing band: the Italian hardcorers STEP ON MEMORIES.

Born in 2008, the band released the first Ep “Lasting Values”, that has received good reviews/feedback by webzines and specialized magazines, and the video of the song “More Than Memories” directed by the American director Blake Farber.
After several gigs around Italy (opening for band such as Bane, Trial, Death Before Dishonor, 7 Seconds and Down To Nothing) and two European tours, the band in November 2012 enters at the Raptor Studio to record under the supervision of Jay Maas (guitarist for Defeater) and Matteo Tabacco (bass for Dufresne) the new killer album “FURTHEST“, which will be released by Indelirium Records on March 9th 2013. 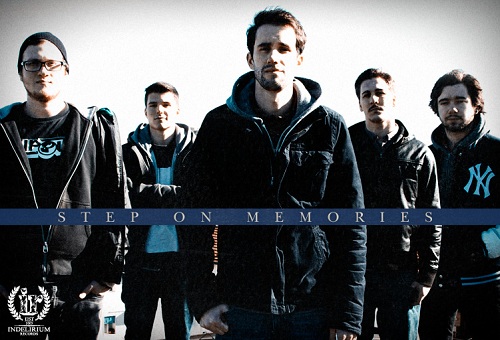