Legendary Genesis guitarist Steve Hackett has announced the details of his forthcoming studio album Genesis Revisited II in a special YouTube video message for Genesis fans worldwide.
Steve Hackett has brought together a host of stunning guest performers including Steven Wilson and Mikael Akerfeldt (Opeth) to craft an album that revisits many of the best loved songs from his Genesis years.

What better person to introduce you to this epic undertaking than the man himself.
Click on link below: https://www.youtube.com/watch?v=xhtx_N7fjk8 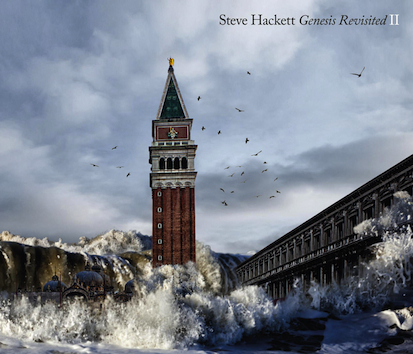 Steve Hackett’s Genesis Revisited II will be released on 22nd October 2012 in Europe (G/S/A: October 19th 2012) and comes in a limited edition 2CD Media-book, as well as a beautiful 4LP & 2CD version that showcases the brilliant artwork above.

Last year saw the release of Steve Hackett’s critically acclaimed and best selling solo album Beyond The Shrouded Horizon, which he toured extensively.

A lengthy world tour in support of the new album to be announced soon.
Stay tuned for more details.