It has crept up rather quickly, but next week sees the release of Steve Hackett’s eagerly awaited new Genesis Revisited II album.

In anticipation of the release, MUZU.tv are streaming the entirety of this epic record on their website as a sneak peek. Head over there now and experience it for yourself:

The album will be available in different formats, including a limited edition 2CD Media-book, and a unique 4LP & 2CD version. It’s a project of Wagnerian proportions! Steve says. I’ve remained true to the spirit of the original songs, whilst changing and highlighting details. The vocalists all contribute their own character to the whole.

This time around, I’ve tried to satisfy what everyone wants, including myself – comments Hackett on his choice for the track list. Initially, I was thinking of just going for the best songs not featured on the first album. But then people thought I should do those tracks where the guitar was emphasized. So, I’ve done both.  I’ve also included four songs with Genesis threads, most of which were written during the period and had a Genesis feel, such as the co-written ‘Shadow of the Hierophant’.

Steve will also be touring Genesis Revisited extensively across the world, with dates already announced in the UK and Germany, more to follow.

STEVE HACKETT has compiled on his tour a very special production and will bring them to Germany for six concerts! With this tour, the former member of Genesis will be perform the band’s repertoire exclusively from the 1971 list to the 1977 period for the first time and summarizes as well as songs that were co-written by Steve Hackett, including classics like ‘Supper’s Ready’, ‘Dancing with the Moonlit Knight’ and ‘The Musical Box’ . On tour Nad Sylvan will present on tour some songs as lead singer. These concerts will be an highlight event for every Genesis fan.

Today on October, 17th, Tickets are available as an exclusive pre-sale, 09:00h at www.eventim.de.
The official sale starts on October, 19th at 09:00h on all authorized ticket agencies. 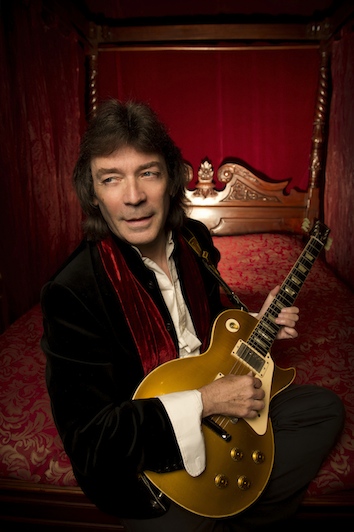