Longer on Saturday April 21 will be held a regular event Covenant, where Southern Polish murderers from STILLBORN will celebrate their fifteenth anniversary. It will take place at Kwadrat Club in Cracow, Lesser Poland. During the (nomen omen) fifteenth edition of this event the group will present a special set made up mostly of songs from their latest album Los Asesinos del Sur. This concert will be the first live performance since its release, and probably the only one which STILLBORN do this year for their most fervent fans.

Primarily STILLBORN is a dozens of concerts played with such a bands like Impiety, Angelcorpse, Revenge or Arkhon Infaustus and also creators and organizers of memorable annual tours called Legions of Death Attack. In addition, some demos and four full-lengths, including released last Autumn, very well received around the world, ruthless and surprising, just mentioned above Los Asesinos del Sur. 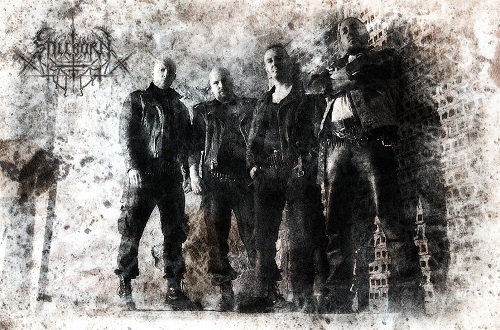 STILLBORN is also controversial, crude, enigmatic, provocative ensemble, but faithful to the traditional, uncompromising extreme metal formula in despite. Here’s how Killer, the founder and leader of the band, summarize this intense period:
Once upon the time a worried mother cooked for his son the sauce of sleep. Unfortunately it has been boiled over… But more mothers, more sons were in the vale of tears. The insanity’s fever crossed their paths and then a venom started to flow out. The venom of words, the venom of acts and sonic destruction. During the first ten years they were growing old slowly. Their uncontrollable bouts of rage have managed to trap onto magnetic tape. From that moment it was just worse. They decided to use their charm and bedevil the minds as insane as they were. Sometimes these minds were numerous and crazy, sometimes they became as miserable as flame of a lighter losing gas. In the last five years they have aged hard and do not hold venom. It’s time for the murderers from the South!