Portland, OR metallers STONECREEP are proud to announce the Storm of the Deathmarch U.S. Tour 2012 in support of the 2011 Old-School Metal Records re-release of their album, The Deathmarch Crushes On… The tour is set to get underway on June 16th at Ash St. Saloon in Portland. The band has the following tour dates booked thus far with more to be announced.

STORM OF THE DEATHMARCH U.S TOUR 2012 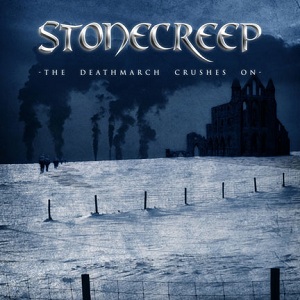 The Deathmarch Crushes On…the album title says it all. Stonecreep is a band that has seen many ups and downs. Despite the trials and tribulations, however, the band has defiantly continued to soldier forward. Stonecreep’s story begins in the city of Fargo, North Dakota with four musicians whose prime goal was to make metal the way it was intended: raw, uncompromising, and above all bombastic and fun…an ideal the band carries with them today. One by one the members of the group migrated to Portland, Oregon and Stonecreep was born.

The band quickly won over audiences with their super high-energy stage shows and a unique style that combined elements of classic heavy metal, thrash, death, and straight-ahead rock n’ roll. They recorded and released three independent albums. Each recording displayed a sophistication and musical progression over the one that preceded it. They also took on a relentless touring schedule, playing hundreds of shows literally anywhere and everywhere that they could make their presence known.

In 2009 Stonecreep entered the studio to record The Deathmarch Crushes On. The album is without a doubt the band’s finest work to date, combining elements of both old and new to take their sound to a new level. Using all of the musical tools at their disposal, The Deathmarch…
is a lethal cocktail of crunching guitars, thunderous drums and bass, soaring leads and a passionate, multi-faceted vocal approach. The band consider this to be their true debut, after years of self-released efforts. Metal Maniacs magazine may have said it best when they described the band as having “as much Metallica and Accept persuasion at play as there is Black Label Society and Motorhead, if collected and melted down into a single metal silver bullet”, and as “cock-rockin’ banger fuel that’s perfect for the bar, car or air guitar anytime”.

In 2010 the band retreated underground, playing only a handful of shows and regrouping only to emerge as a stronger, more devastating machine. 2011 will see the re-release of ”
The Deathmarch…” on California-based Old School Metal Records as well as more touring and writing for what will no doubt be a highly anticipated follow-up album. 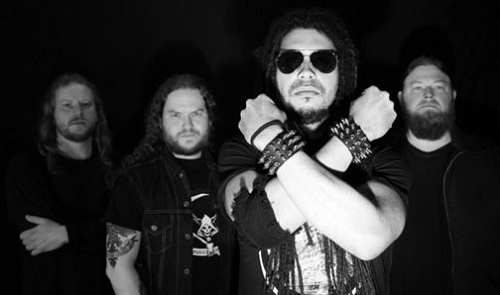