The debut album “Watchers” from groovy Danish death metallers BILLY BOY IN POISON will finally be released on Monday, December 9th. Until then, the band exclusively stream the full album on their Soundcloud profile for a limited time!

Since forming in 2005, BILLY BOY IN POISON has continuously been perfecting their powerful blend of modern death metal and metalcore, reaching a high point with debut album “Watchers”. Variety and coherency are key points of the album, and punishing heavy riffs and blast beats are accompanied by both atmospheric parts and an occasional progressive twist.
The album is produced, mixed and mastered by renowned Jacob Hansen (Volbeat, Aborted, Mercenary etc.). 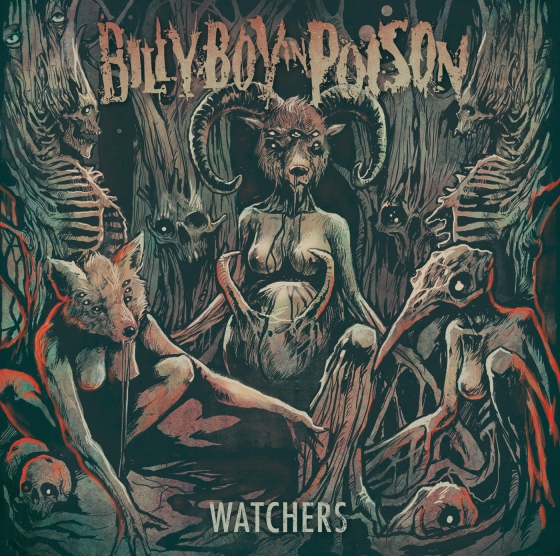