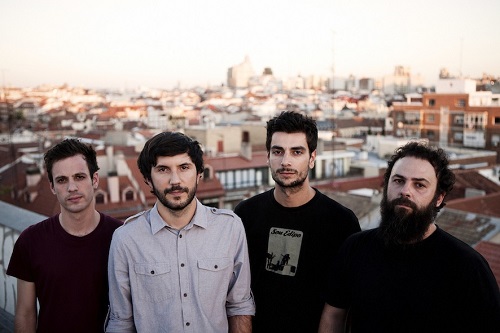 Superball Music is extremely proud to announce the worldwide signing of Spanish instrumental masters Toundra.  One of the most exciting rock bands in their home country at the moment; for a band so young they have an incredible amount of maturity and personality in their music.

The band had this to say about the signing:
“We are really happy about this new step for Toundra and also exited about the new challenges it will present. We can’t wait to get to the making of the new album that we would like to record next summer. It’s always hard and risky to take these kinds of big leaps, but we got to know the people behind the project, and we are convinced that this is a good place to write Toundra´s next chapter. We want to thank all the people that have, and still are, supporting us since we started out, especially those who come to see us at the shows.”
Toundra formed in Madrid in 2007 and put out their first album, ‘I’, in 2008. Their talent immediately garnered attention from fans around the globe and the record was released in Germany, France and Brasil. ‘II’ came out in 2010 and marked a definitive step forward in the development  of the band’s sound, by opening their music to a much wider variety of influences from all corners of the globe. The album was very well received by media and fans. ‘III’, their darkest effort to date, came out in 2012 and cemented Toundra as one of the most solid acts in the current modern rock music, not only in their home country, but also in the European-wide where they toured intensively

Being known as a solid and exciting live band, make sure not to miss any of the bands tour-dates if you have the chance.