Baton Rouge-based lords of brutal death metal, SUTURE, are back with a vengeance. After years of dormancy, the band that once terrorized the swamplands of the Southern United States have re-emerged with one goal in mind – GLOBAL DOMINATION. A recently re-recorded and remixed version of their 2008 release, Skeletal Vortex is now available via Soulflesh Collector Records, but the fun doesn’t stop there. With the original lineup intact, SUTURE is currently in the process of re-recording their long-out-of-print 2002 debut full-length, Carnivorous Urge to Kill, for release later this year. One of the genre’s true greats, SUTURE has returned to claim their rightful spot atop the USDM dogpile. 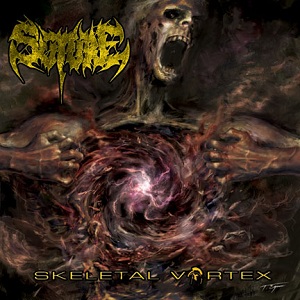 Suture hails from the Southern swamplands of Louisiana and has been brutalizing the Southern United States since 1998. The band has released three demos, entitled Bloodsoaked, In Cryptic Bliss, and Deconstructing Anatomy; all three were received very well in the death metal underground. The latter scored them a deal with a new upcoming underground label called Deepsend Records, along with several shows at festivals including 1999 Ohio Death fest, 2000 Texas Grind fest, 2001 November to Dismember and the ” Death From Down South Tour” that stretched from Louisiana to Florida and back.

The CD sold out almost immediately from the bands own 350 copies issued to them through the label. In support of Carnivorous…, Suture headed out to play several shows in the Southern Gulf area, hitting Louisiana, Mississippi, Texas and Florida. Also in 2002, the band headlined the Gathering of the Sick Fest in New Mexico. The disc is now out of print, limited to a single pressing of 1000 copies, and still has distros and fans pining for this brutal release.

In 2004 Suture bought back the rights and artwork for the album from Deepsend Records in order to re-release it sometime in the future. Unfortunately, this release saw the end of suture’s long time drummer Brent Smith due to personal issues. He was replaced by now Devourment drummer Eric Park. In 2003 Suture was contacted by Amputated Vein Records in Japan about releasing the band’s demos in a compilation. Thus Morbid Sculpture: Demo(n)ology was released. All three demos were remastered for this release along with some tracks never heard before outside the Suture camp. Also, three live videos were included on the disc, shot at the Gathering of the Sick Fest in 2002 and in Mississippi at one of their first shows.

With a new drummer and a debut CD under their belts, Suture headed out to play the 2003 Maryland Death Fest, headlined by the mighty Suffocation! Two months earlier Suture appeared on a three-way split with Lehavoth and Leukorrhea, entitled The Sick, the Dead and The Rotten, released by the Italian label, The Spew Records. This gave Suture an opportunity to spread their sickness out of the U.S. and into Europe. Just like the debut album, copies of the split release did not last long, selling out within 2 months. This release also saw the departure of original guitarist Lance Strickland and drummer Eric Park. Now faced without a drummer, Suture looked inward for the replacement as Jayson Ramsay jumped behind the kit and took over. The band soon enlisted Shawn Broussard for vocal duties and went to work writing new material and playing shows. After three months of writing, Suture did a small tour of Texas to let everyone know that the band was still here and in full force. In the summer of 2005 Shawn Broussard left the band in the middle of recording their next CD, Skeletal Vortex, due to creative differences and to form his own band. A month later, Shawn tragically lost his life in a motorcycle accident (R.I.P. Brother.) Pressing on, Suture completed work on Skeletal Vortex and it was released later that year on Unmatched Brutality Records. A few months before its release Jayson Ramsay decided to leave Suture to pursue his love art and moved to Colorado to attend the Art Institute. With the lack of interest in carrying on, Suture was left dormant for many years; until now.

In 2012, with a re-recorded and re-mixed version of Skeletal Vortex out on Soulflesh Collector Records, Suture is now marching onward and preparing to re-record their debut album, Carnivorous Urge to Kill, with the original lineup reunited. The war against everyone returns! 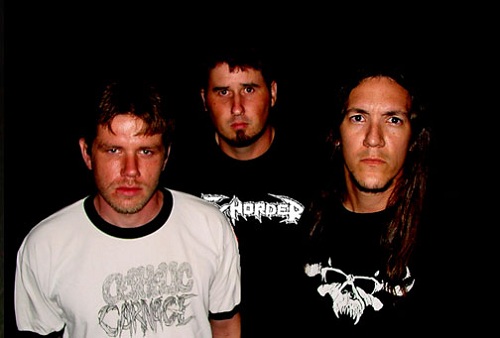