SVART RECORDS announces June 13th as the international release date for a funeral doom double-bill of massive proportions: PROFETUS‘ As All Seasons Die and RIPPIKOULU‘s Ulvaja. As All Seasons Die is new, long-awaited third album by Finnish funeral doom masters PROFETUS, to be released by SVART on vinyl LP and digital only, while RIPPIKOULU‘s Ulvaja is the cult act’s first release in 21 years, to be available on CD, vinyl, and digital download. As June 13th is also a Friday, it will surely be an even more DOOMED day with these two monolithic releases… 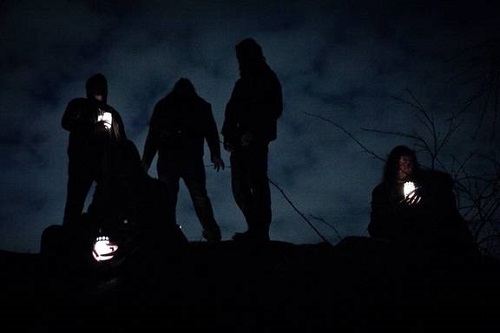 …awaiting, as the white cloak of winter falls down, the day’s trespass begins, spring waves break free. The moving shapes of ice, swelling into the northern shores, the green temple of forests, deep into the soul of man. When old watchfires start to kindle at the lakeside, piercing a mind into fathomless distance, cascading into the loneliness of solemn summer nights. The hum of wind in the trees, brief as the days now passed, withering to an early grave. Tears fall, like cold dew on the fields, the mist escapes the autumn shores, soon to join the winters glacial embrace. The spirits are passing home… This is the sound of PROFETUS‘ As All Seasons Die: a noble visit to nature’s chapels with four songs of honest, crushing doom metal, drawing inspiration from the down-hearted side of the Scandinavian mind and Finnish nature in all of its beauty, soulful prosperity and ponderous bleakness. Cover and tracklisting are as follows: 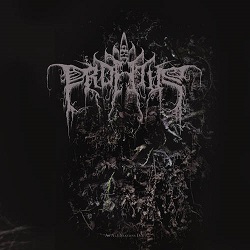 Tracklisting for PROFETUS’ As All Seasons Die
1. The Rebirth of Sorrow
2. A Reverie (Midsummer’s Dying)
3. Dead Are Our Leaves Of Autumn
4. The Dire Womb Of Winter

The entities behind the cult act RIPPIKOULU, known for their 1993 tape release Musta seremonia, have been silently lurking in the shadows for the past 21 years. Then, on a particularly cold winter’s day in early 2014, a shipment bearing the group’s emblem is mysteriously delivered to the SVART bunker, and inside the parcel there is a master tape. The contents reveal an entirely new recording, titled Ulvaja. RIPPIKOULU‘s Ulvaja is an 18-minute work in three movements. To be released on Friday the 13th in June, Ulvaja oozes the kind of dark despair and negative energy, which is enough to drive the sun out of the skies on any summer’s day. A teaser video can be viewed/heard HERE. Cover and tracklisting are as follows: 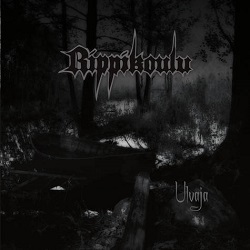