Gothenburg, Sweden based metallers AGE OF WOE will perform its debut release and also showcase new songs live at Belly of the Whale Studios (Brewhouse – Gothenburg, Sweden) this Friday the 21st of October at 19.00 Central European Time (1pm EST.) This exclusive studio performance will be for a limited amount of people only – as the band will perform at Henriksberg (Gothenburg, Sweden) later that night and the performance will be posted as a live stream for audiences worldwide directly from the studio at http://www.justin.tv/bellyofthewhalestudi o/

AGE OF WOE will release its self-titled debut digitally in all major web-retail outlets and streaming services on November 14th viaPivotal Rockordings.  Consisting of members from END OF ALL, MASSMORD, THE PROCESS and NO HAWAII, the band is fueled by the desire to explore new soundscapes in the vast landscapes of punk and metal, leaving the Gothenburg sound in the dust.  The ar twork for the digital version of Age of Woe is available below: 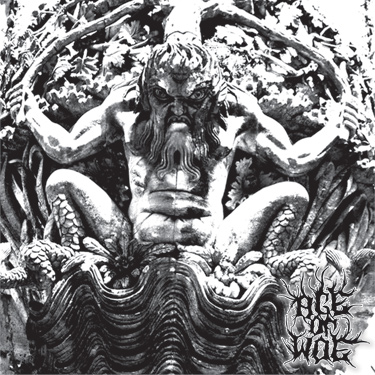 Fan-filmed footage of AGE OF WOE performing the song “We Are Dead” in Gothenburg, Sweden can be found at http://www.youtube.com/watch?v=t2P1X8wHUrU

Age of Woe was recorded and mixed at Belly of the Whale Studio in Gothenburg with Carlos Sepulveda (NO HAWAII, JOE BARESI, PSYCORE) and mastered by Ulf Blomberg of HoboRec (GRACE.WILL.FALL, COUNTERBLAST,MASSMORD.) Pivotal Rockordings is making the debut EP available digitally worldwide while the limited vinyl printings are available through Addiction to War in France, Halvfabrikat Records and HoboRec in Sweden and Nakkeskudd Plater in Norway.

AGE OF WOE is:

Martin Brzezinski – Guitar (END OF ALL)