Everything started back in 1995, when CRYSTAL BALL were a cover band named Cherry Pie. They used their stage experiences as foundation for CRYSTAL BALL, who soon became one of Europe’s major forces in the hard rock genre.

Their successful debut album “In The Beginning” was released in 1999, followed by the even more successful “Hard Impact” in 2000.

They soon signed with Nuclear Blast and toured with bands such as U.D.O., Doro and Axxis. After the release of their fifth album, “Timewalker”, CRYSTAL BALL went on their first headliner tour with Thunderstone.

In 2007, CRYSTAL Ball signed with AFM Records and released their sixth album “Secrets”.

Now, in 2013, the band’s back with a brand new line-up featuring a great new vocalist, Steven Mageney.

They’re currently working on their seventh album, which is set to be released later this year via Massacre Records! 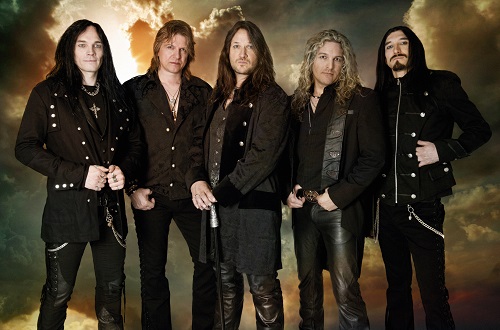 Hot News: Crystal Ball – “Anyone Can Be A Hero” Videoclip