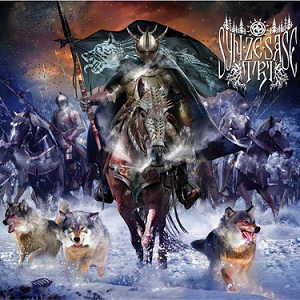 This second Epic Opus from Transilvanian warriors Syn Ze Sase Tri, is a groundbreaking album, strongly inspired by the bloody myth of the Ancient Dacian Wolf of their motherland Transilvania… Grandiose Pagan Black Metal with folk and traditional influences. the artwork was created by Jan of Darkgrove Studio in Finland, like for the previous album “Intre Doua Lumii”, released last year by code666.

The band uloaded a video teaser of the new album, with the full streaming of the song titled “Simbata Apelor” on Youtube.