BLACK MOON CREEP and ROCK N GROWL BOOKING have forged their first collaborative tour together. It is for UK’s modern hard rockers TAINTED NATION who will play 7 shows in October this year in Spain. Support bands have to be announce to a later point. 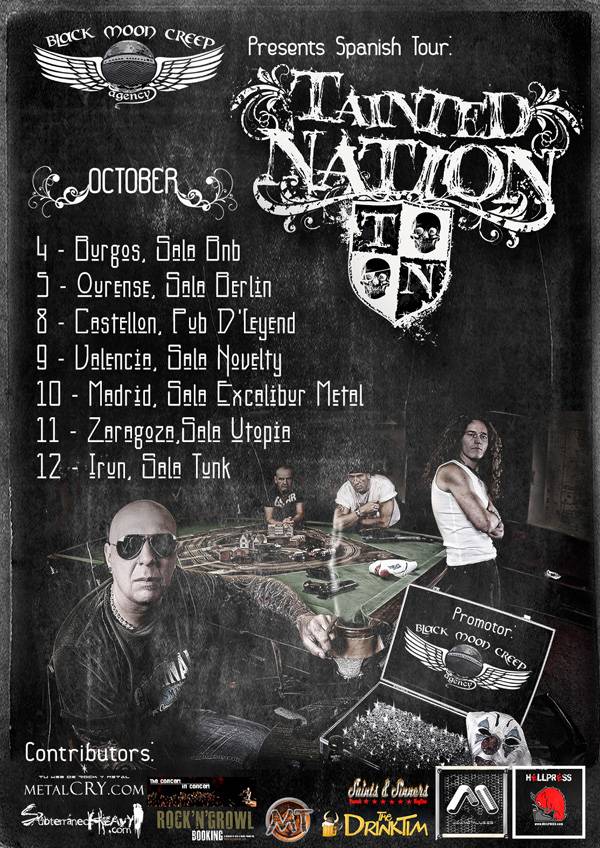 Being on tour with Eden’s Curse supporting Scandinavian band Stratovarious and Firewind in May 2009 on their UK tour, Pete and Mark Cross, drummer of Firewind at the time, also Outloud, ex – Helloween, Kingdom Come), became close friends and talked about the idea of forming a new band, only this time with Newdeck as the lead singer!

Newdeck’s vocal abilities were truly convincing and in spring 2010 Pontus Egberg, Bass player of Sweden’s rock sensations «The Poodles» completed the line up.

Newdeck, Nash, Cross and Egberg, recorded their debut album “F.E.A.R.” in the UK and mixed and mastered it in Germany under the supervision of Dennis Ward, producer of many successful international artists and «TAINTED NATION» was brought to life.

Tainted Nations’ music can be described as a commercial, modern and powerful sounding rock mix.