Work has already begun on the follow up to the “War Machine” album from 2010. Doogie, Mick and Cliff have been busy writing new material. While it is too early to give details on the tracks, they are said to be in a similar vein to “War Machine” but with a heavier angle. Working song titles so far include, “One Thousand Deaths”, “War Without End” and “Heavier Than Thou”. The album is scheduled for release in early Spring 2012. 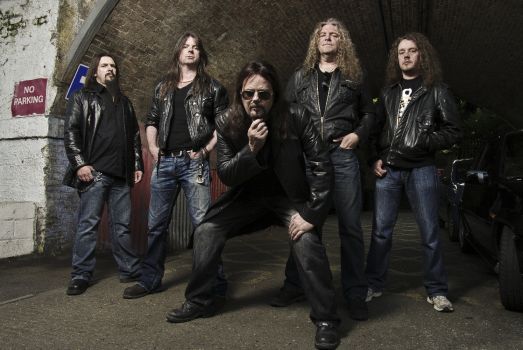 On this Youtube page you can check out a live video recorded at the recent edition of Turrock Festival in Germany.