Cliff Evans comments the track: “The song ‘War Nation’ is the title track that opens our new album and sets the scene for what’s to follow. It thunders in with a classic Tank guitar riff, which wouldn’t sound out of place on any of the legendary rock albums of the 80’s, and has a chorus that plants itself firmly in your mind”.

“War Nation” is scheduled for release on June, 4th in Europe and June, 5th in USA (via MVD). 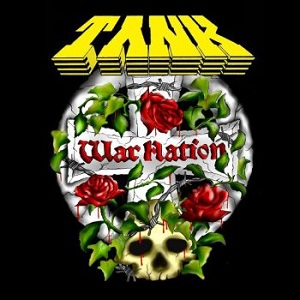