British rock legends Tank are in the studio finishing the highly anticipated follow up to their 2010 album “War Machine”. New material entitled “War Nation” is scheduled for release on June, 4th in Europe and June, 5th in USA (via MVD) and today the band reveal its cover artwork.

Cliff Evans: “The painting was done by infamous London graffiti artist ‘Jay Bryce’ exclusively for TANK. We’ve always admired his work and it’s an honour to be the first band to feature his artwork on an album cover.” 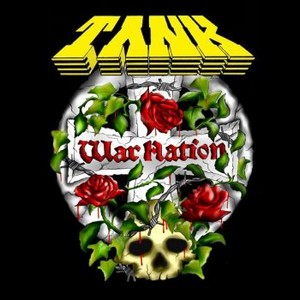 The tracklist of “War Nation” will include the following songs: