Cliff Evans: “We’re really looking forward to making our first ever Official Tank Live DVD. It’s something we’ve wanted to do for a long time and gives us the chance to show our fans around the world what a Tank show is all about. The DVD will include old favourites such as ‘This Means War’, ‘Echoes of a Distant Battle’ and ‘Power of the Hunter’ plus future classics such as ‘Judgement Day’ and ‘Phoenix Rising’ plus many more. Get ready for ‘WAR MACHINE LIVE!’ DVD.” 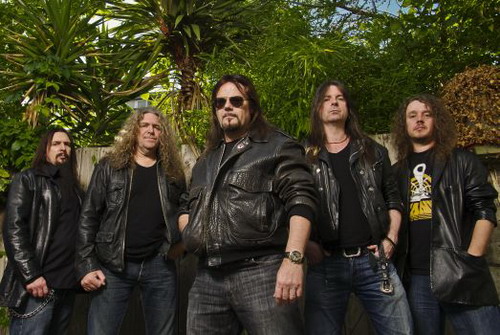 Tank has also begun their work on the follow up to the “War Machine” album from 2010. Doogie, Mick and Cliff have been busy writing new material. While it is too early to give details on the tracks, they are said to be in a similar vein to “War Machine” but with a heavier angle. Working song titles so far include, “One Thousand Deaths”, “War Without End” and “Heavier Than Thou”. The album is scheduled for release in Spring 2012. Full details to be confirmed soon.