The initial release of the album includes a nice surprise for all fans – three hidden tracks which won’t be available elsewhere!! These are: 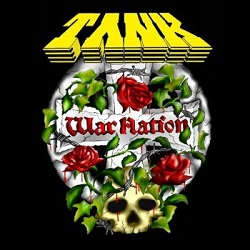