Taking inspiration from the motto “never change a winning team”, the guys kick off the recording again with

The new album will be titled “R.I.B.” and is set to be released in summer 2014 via Nuclear Blast. 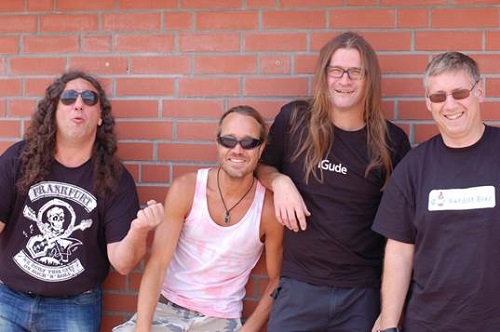 Michael Mainx commented:
„Three time’s the charm – I‘m totally looking forward to have my hands on the controllers for TANKARD for the third time in year “2” after the band anniversary! Only a few more days left before we will take off recording “RIB” at Frankfurt Studio. This is gonna be interesting…”

Bandleader Gerre added:
“We can hardly wait to be nailing down 10 new songs with Micha and are looking forward to a hopefully productive collaboration!”

Of course we’ll keep you in the loop. Stay tuned!