The album is entitled “A Lethal Dose Of Truth” and was released in the U.S. by SYLENCER’s independent label, Sylencer Records (the album was released in Germany, Austria, and Switzerland via dPulse Recordings/Ovrtone Music Group, Inc. and distribution partners NEO MCC GmbH/Sony Music Entertainment Germany). Aside from founding members Markus Johansson and Johnny Rox, permanent member status also goes to seasoned drummer Kevin Talley (Dĺĺth, Six Feet Under). “When we began making this record, we would never in a million years have believed that this is how it was all going to turn out,” states Markus Johansson. “People always ask how we managed to work with so many amazing artists on one album, let alone our first album. Sometimes we would get lucky and bump into someone in a recording studio, or at the Rainbow on Sunset Boulevard. Other times it was a seemingly wild game of Six Degrees Of Separation, or an instance of Facebook suggesting I befriend an artist’s profile. In the end, we managed to make all of this happen by relentlessly pursuing our dream, and by allowing it the time to develop into something ultimately beyond our wildest dreams.” The incredible list of musical guests that took part in recording “A Lethal Dose Of Truth” is a clear testament to their recognition of Markus Johansson’s remarkable talent. 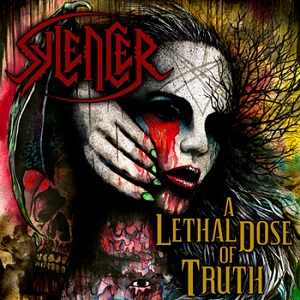