Bay Area Thrash Veterans TESTAMENT have just revealed a trailer for their upcoming DVD »Dark Roots Of Thrash«, which will be released on – NEW DATES – October 18 (Europe), October 21 (UK) and October 29 (North America) via Nuclear Blast.  Check out the trailer here: http://www.youtube.com/watch?v=BNYliQu9mGc.

The DVD/2CD documents TESTAMENT’s sold-out headlining performance at the Paramount in Huntington, NY this past february and was produced by Get Hammered Productions, directed by Tommy Jones (DEATH ANGEL, KATAKLYSM,SOILWORK) and mixed by Juan Urteaga (VILE, EXODUS, SADUS, MACHINE HEAD). It captures a total of 19 live tracks with countless cams onstage and high above the audience, plus a special moshpit cam that makes you feel like you’re a part of the show!

TESTAMENT recently put up a video clip for the first single track first track ‘Rise Up’, you can check out here: http://youtu.be/B81K2qKF-1M

»Darks Roots Of Thrash« will be made available in a variety of different formats including the standard DVD+2CD and 2CD versions. A Steelbook, limited Bluray+2CD (Europe only), 2LP (Europe only) and more will be for sale via http://smarturl.it/TestamentDROT. 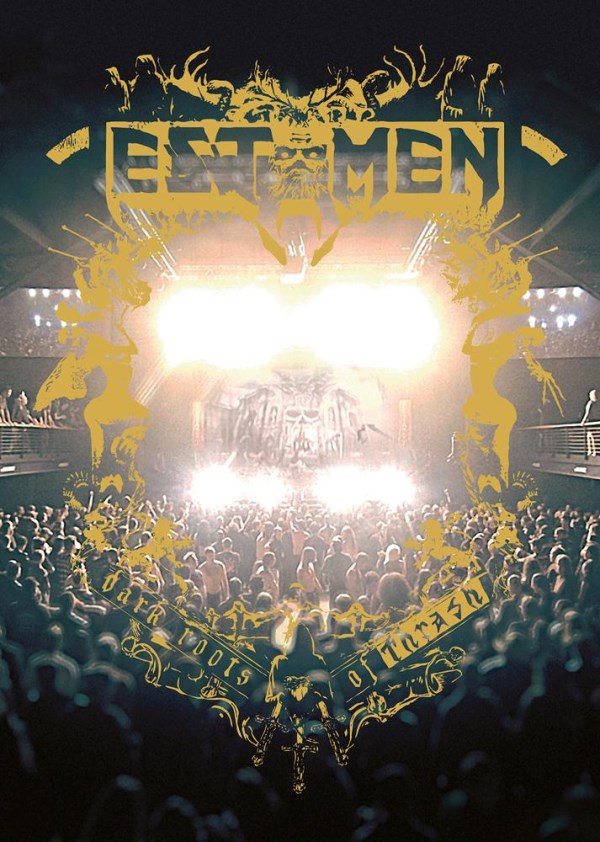 TESTAMENT – Brotherhood of the Snake

Hot News: Testament – All About »Dark Roots Of Thrash«