Pioneers of early 90s death metal IMPRECATION have risen to once again burn the true meaning of Texas Death Metal into the minds of the masses with the long-awaited release of their first full-length, Satanae Tenebris Infinita; coming out on Dark Descent Records.

Satanae Tenebris Infinita will be in stores and distros worldwide on June 25th and is now available for pre-order on CD and vinyl at the Dark Descent Records Webstore.

Hailing from Texas, IMPRECATION have been firmly entrenched in death metal’s underground since their inception in 1991. The early 90s saw the band release a couple of acclaimed demos and an EP (Drowned Records) followed by a compilation of material in 1995 titled Theurgia Goetia Summa on Repulse Records (later reissued several times). Not long after this essential death metal compilation, the band went on hiatus until its resurrection in 2009. Cited as highly influential by many death metal bands today, IMPRECATION’s  debut full-length, Satanae Tenebris Infinita is IMPRECATION in top form. Satanae Tenebris Infinita is definitely not a departure from IMPRECATION’s earlier style but a continuation of the destiny that was interrupted due to the band’s break back in 1998. The album is 40 minutes of pure, unadulterated death metal the way it was meant to be played complete with cover art from long-time ally, Mr. Chris Moyen (ABOMINANT, INCANTATION). This is one not to be missed.

Album tracks “Blood Dominion” and “From Beyond the Fiery Temples” can be found streaming at this location.

Vocalist David Herrara recently spoke with Brett Stevens of DeathMetal.org about the band’s return to glory. Read the interview HERE. 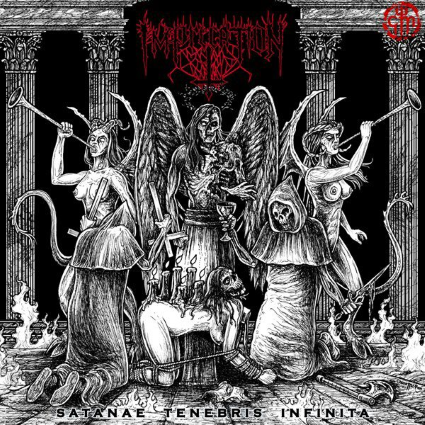 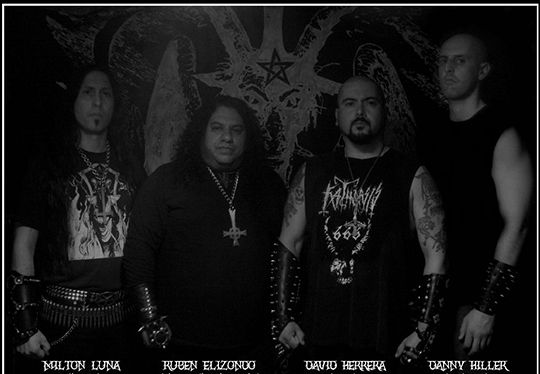