You can listen to the whole album HERE

Recent months showed increased live activity by THAW, the band was playing with (among others) Behemoth, Corrections House, Jarboe, Aluk Todolo, Belzebong and Obscure Sphinx. Also earlier in 2013 THAW took part in Metalfest Poland. February 2014 will bring Bewitching The Polonia Tour on which THAW will be sharing stage with Morowe and Mord’A’Stigmata and will continue promoting their debut album. 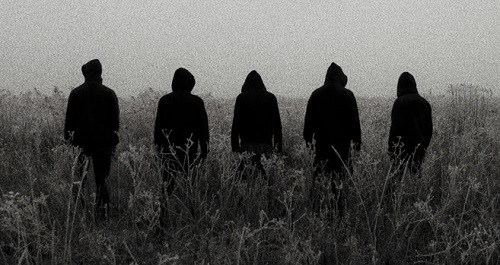 Thaw comes off as an impressive band that is beginning to take the black metal framework and push it into sludge/doom and experimental territory. There is quite a lot to like about their debut, but I believe the best is yet to come…. – Cosmos Gaming

The songs on this album all run together, creating the impression of one singular, epic composition. It is easy to get lost in THAW’s expansive, dark soundscapes, only to be suddenly and violently jerked back into reality by an onslaught of punishing riffs and tortured vocals. – Absolute Hell

Thaw deliver modern Black Metal with a few dissonant notches and spacey, almost Post Rock-ish moments, which I’m usually really not a fan of in Black Metal. Thaw manage to pull it off without sounding too much like Hipster Black Metal, though. Especially, since most of them sound rather dark and eerie. Nice discovery! –Simon Sludge