Those Helsinki Vampires also known as THE 69 EYES are currently working on their 10th studio album in Stockholm, Sweden. The album is said to be melancholic and melodic in the best 69 EYES way, referring to their “goth’n’roll” landmark albums “Blessed Be” (2000) and “Paris Kills” (2002). “The last album was recorded in Hollywood adding that special L.A. glam flavor to our sound. Now this time as this album is our “Made In Sweden” record, our melodic, Scandinavian melancholy side is rising on the top!” says the vocalist Jyrki69. The Finns have teamed up with the Swedish production team “On The Verge” to bring back the beauty in their sound.

The album will be out in September world-wide through Nuclear Blast Records. 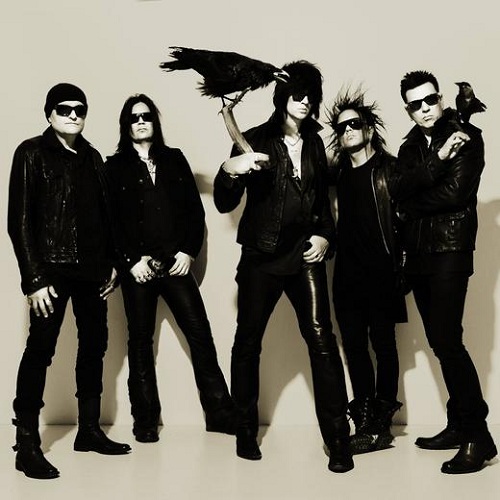 The last 69 EYES album, “Back In Blood”, came out in 2009 on Nuclear Blast in Europe and was produced by American Grammy-awarded metal producer Matt Hyde (SLAYER, MONSTER MAGNET, CHILDREN OF BODOM). The band toured non-stop two years for it and played close to 200 shows in 27 countries.

Hot News: The 69 Eyes – to be featured in Finnish reality TV show!

Hot News: The 69 Eyes – Check in From Video Shoot!