Central Pennsylvania crust-infused, old-school black metal deviants THE BEYOND are set to enter the studio to lay down the tracks for the full-length follow up to the Gross Encounters of the Sacrificial Rite split 7″ with The Lurking Corpses which came out earlier this year on Horror Pain Gore Death Productions.
THE BEYOND will enter Welfare Line Studio in West Chester, PA next month to record Frostbitepanzerfuck for September release on HPGD Productions.

Track listing is as follows:

In late September, THE BEYOND will return to Welfare Line Studio to record an EP entitled The Pussy Warlock. This EP will feature four new songs along with a Motorhead cover and a live version of “Age of the Locust,” which originally appeared on the band’s 2010 split with The Blood Meridian. An official release date and label will be announced soon.

As if that isn’t enough Norwegian inspired blackened mayhem, THE BEYOND is scheduled to enter Underground Studio in Lewes, DE this fall to record an unholy trio of tunes for two forthcoming compilation albums. The band is slated to record a cover of Dodheimsgard’s “Bluebell Heart” for a Norwegian BM compilation being released via HGPD Productions as well as a new track “Nun Punisher” and a revision of Bathory’s “Reaper” for Zodiak Killer Records’Thrashed Again compilation disc. 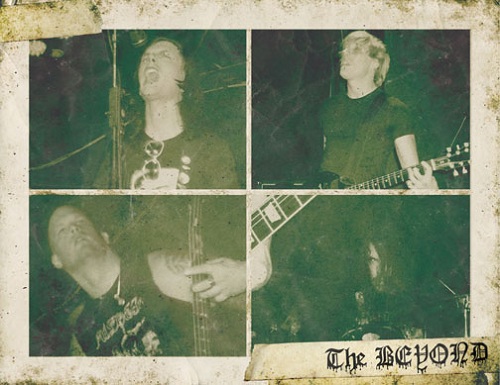 For more on THE BEYOND visit: www.facebook.com/thebeyond666

The band has made their tracks from the 2010 and 2012 split releases available at: thebeyond666.bandcamp.com