THE BUNNY THE BEAR is releasing The Stomach For It on May 22,2012. They are currently are on tour with Brokencyde and Blood on The Dance Floor then they will be on touring with Modern Day Escape for the UNDER THE GUN tour.

THE BUNNNY THE BEAR bring a unique sound that encompasses many genres, with an authentic fusion of rock, metal and electronics that stands out on its own. Their debut release If You Don’t Have Anything Nice to Say… has scanned over 6,000 copies and their video for “C’est Pas Si Loin” was featured as a Vevo exclusive and has been seen over 204,000 times. Check out their lyric video for “Soul” here.

The band has been touring non-stop across the U.S. and plans to stay out on the road as much as possible. One of the most notable traits of the band is their ability to personally connect with fans – as is evident by the onslaught of their 33,000+ Facebook fans constantly expressing their dedication to the group. 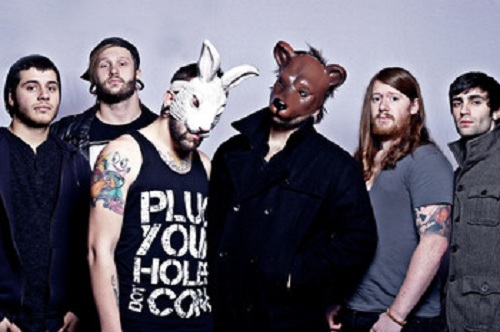 Hot News: The Bunny The Bear Premiere “In Like Flynn” Music Video on Vevo