A few days after the release of their debut full-length album “The Wedding”, recorded last year at Puls Production (Aix-en-Provence, France), The Coyotes Dessert unveil a brand official music video for the song “Devil dance” directed by Julien Delaye from the band itself.

Young band created by old French coyotes from Marseille, France, The Coyotes Dessert are an alternative/desert-rock/grunge  project influenced by the 90’s scene and bands like Alice In Chains, Pearl Jam, Soundgarden, RHCP or Faith No More.

After releasing a first EP, “Welcome” in 2011, and spending time to spread its vibes for some gigs in local saloons, the band began to work on a first full-length record. Called “The wedding”, this one has just surfaced from the band itself and is available right now for digital, CD edition and full streaming by clicking on the link below. 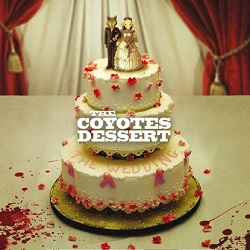