The Crimson ProjeKCt, the King Crimson offshoot featuring 3 current members of that historic band, has announced the release of‘Live in Tokyo’ through InsideOutMusic on the 3rd March 2014. Coinciding with a full European tour, the band had this to say about the release: ‘The Crimson ProjeKCt is happy to announce the release of their first official CD “Live in Tokyo” via Inside Out. Performances of classic KC pieces were recorded at Club Citta’ in Tokyo, Japan in March 2012 and represent the sonic power of this unique band. They were meticulously mixed and mastered in pristine sound quality by TCP guitarist Markus Reuter and his award winning ‘Unsung Productions’ team.’ 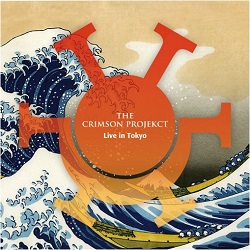 As mentioned previously, The Crimson ProjeKCt will head out on tour in 2014, and those dates are as follows: