Released by Throatruiner and Head Records, “The Cosmic Escape Of Admiral Masuka” will appease fans of Burning Witch, Electric Wizard or Amenra. 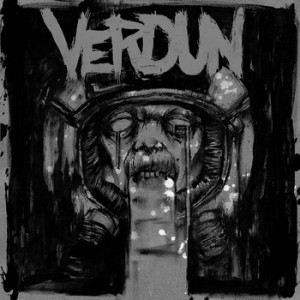 Named after the most inhuman battle in the First World War, VERDUN (Montpellier – France) are one of those bands that are hard to label, merging the lines between sludge/doom and slowed-down dark hardcore. Heavy and dry riffing, neck-breaking groove, incantatory vocals and a strong psychedelic feel, that’s what you can expect from the half-hour of their debut EP “The Cosmic Escape Of Admiral Masuka“. Carrying a strong live reputation, VERDUN is definitely one of those bands to watch for any fan of Burning Witch, Electric Wizard, or Amenra; and by extension anything dark and crushing.