DECAPITATED are back! Bands like DECAPITATED don’t come along very often, having created a vicious, precise and innovative form of death metal since their inception in 1996. DECAPITATED are set to slice Europe apart this November/ December and deliver their distinctive brand of technically flawless death metal.

This year of 2011 begins the whole new chapter in the history of the band. The band has released their newest opus, ‘Carnival Is Forever’ via their new label Nuclear Blast. This, their fifth studio album, was produced by Waclaw ‘Vogg’ Kiełtyka, sound engineered by Arkadiusz ‘Malta’ Malczewski , with drums recorded and album mixed by Daniel Bergstrand (BEHEMOTH, MESHUGGAH, DIMMU BORGIR, KEEP OF KALESSIN).

DECAPITATED with guests PERFORMING AT: 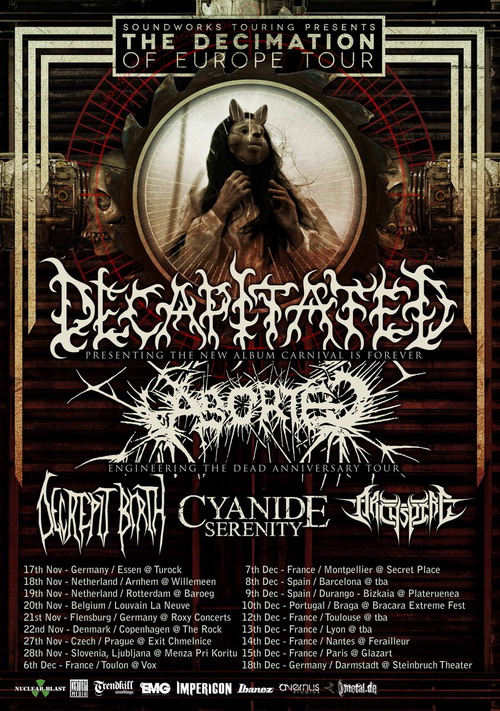