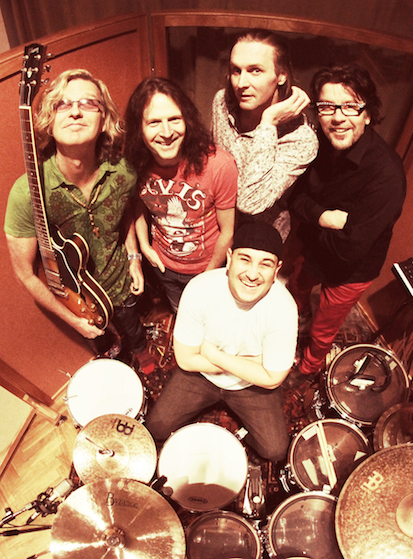 The music is recorded in classic 70’s style, with all musicians performing live in a room thru 70’s vintage tube recording equipment and famous NEVE consoles. If all Gods and muses are onboard the new TFK is scheduled for an album release on June 6th on the Inside Out Music label (Century Media/EMI).

The yet unnamed album has a 23 min epic centerpiece and the material is all classic Flowerkings style with all the dreamy melodic & cinematic elements that the bands fans has come to love over the years, but also contain some heavier psychedelic music and some darker hi energy material.

The band is likely to embark on a headline european tour in september this year but will have it’s official first re-union gig at the “Sweden Rock Festival” in June 2012.