After working together to release two killer albums of Sabbath-inspired heavy rock Ripple Music and MOS GENERATOR are thrilled to announce the signing of the Northwestern U.S. stoner rock gurus with Listenable Records. The band’s new album is scheduled for a spring 2014 release. A European tour in support of the album is set to follow in May.

“Mos Generator was always a band that we adored and couldn’t believe wasn’t talked about more,” said Racer and Pope of Ripple Music.  “When we first signed on with Tony to re-release the ’10th Anniversary’ of the debut album and the new album “Nomads”, our greatest hope was that we could help the band garner the attention they deserved.  Their being recognized by Listenable Records is a sign that all Tony’s and our work has paid off.  We couldn’t be happier for the band.”

The Ripple Music release, Nomads represented a significant step forward forMOS GENERATOR and received many accolades for album of the year while the 10th Anniversary Debut Album reissue has been recognized as a must-have for any fan of the heavy rocking Northwestern trio. 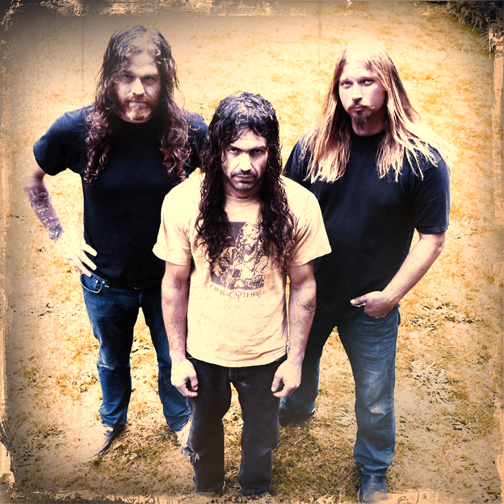 While MOS GENERATOR is moving on, Tony Reed and Ripple Music will continue their three-year-plus collaboration with Reed’s other band, STONE AXE.  Already word has leaked out of a new STONE AXE track soon to be unleashed to the public as a special digital single and as a flexi-disc to be included free with orders from Ripple Music.  Talk is of a full-length Stone Axe IIIalbum to come soon, as Reed has already finished writing most of the album.

Further,  Reed will continue to place his indelible stamp of heavy perfection on Ripple releases, continuing on as the 3rd member of the team.  Already, his production/mastering work can be found on such future Ripple Music releases as Poobah’s US Rock, JPT Scare Band’s upcoming double-LP reissue of their first two seminal albums, and the new album coming soon from UK Harley rockers, Grifter.

MOS GENERATOR’s Nomads and 10th Anniversary Debut Reissue can still be found in limited quantities at the Ripple Music Store and Ripple Music Bandcamp store. Visit the links below to order.