RIPPLE MUSIC is still pumped over the addition of Portuguese Southern-vibed, heavy rockers, Fuzz Drivers, to the Ripple Music family. Now, they’re even more thrilled to announce the release of The Fuzz Drivers new video with an exclusive premiere at Melodicrock.com!

“Carved Time” is the third single from heavy rockers The Fuzz Drivers. The video comes shortly after the announcement of their worldwide deal with Ripple Music. The band will be appearing live in Spain, UK, Scotland, Belgium and Germany throughout August and September. Their self-titled debut is available for free at www.thefuzzdrivers.com

Catch the debut of the video for “Carved Time” from The Fuzz Drivers now at www.MelodicRock.com.

Southern Rock from a Portuguese rock band? That would be CORRECT! The Fuzz Drivers are a blasting new sound formed in Lisbon, who are claiming fast fame in Portugal. The talents of Marcelo Vieira (vocals), Sergio “Mad Mag” (guitar), João Lopes (bass) and Duarte Carvalho (drums) packed a powerhouse of sound into their self-titled debut album, and now the band plans to do the same with Ripple Music.

Influences from music of the past four decades rages to the forefront of The Fuzz Drivers sound creating a definite Southern Rock vibe that is then blended through the hard rock cannon of Soundgarden and Led Zeppelin. Plowing the same massively heavy fields of 70’s/80’s classic hard rock that fueled their self-titled debut, The Fuzz Drivers aim to build upon the crushing success of that first release and take their rocking brand of heaviness to a new level with their Ripple Music debut which will be released world-wide in 2014. The band plans to follow up with a full-scale European tour and hit all the major heavy rock festivals.

For the growing legions of Ripple fans, known as the Waveriders, The Fuzz Drivers will be another must-hear addition to the ranks of bands that already include such heavy rockers as Mos Generator, Devil to Pay, Mothership, Trucker Diablo and Ape Machine. You can bet that the combination of The Fuzz Drivers and Ripple Music will be a combustible mixture!

The Fuzz Drivers are gearing up to hit the road with King Lizard and The Scams. 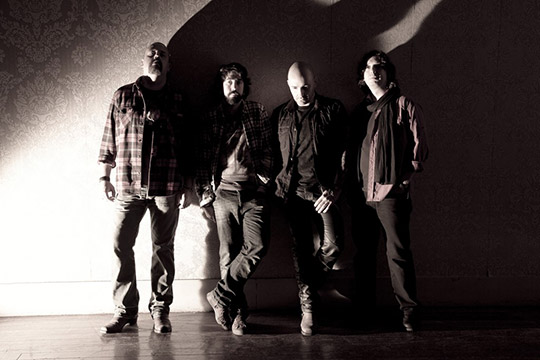 The Fuzz Drivers are: