Italian tech-death metallers THE MODERN AGE SLAVERY have released a lyric video for “The Silent Death of Cain” off their forthcoming album Requiem For Us All.

The song, which features FLESHGOD APOCALYPSE vocalist Tommaso Riccardi, has been posted at this location.

Guitarist Simone Bertozzi comments: “‘The Silent Death of Cain’ is the song that better pictures the contamination of different extreme metal styles into Requiem For Us All and can easily set the direction as the future sound of The Modern Age Slavery.”

The much-anticipated follow up to 2008’s Damned to Blindness, Requiem For Us All sees THE MODERN AGE SLAVERY return as one death metal’s most focused and intense acts. Guitarist Simone Bertozzi described the lyrical concept behind Requiem For Us All as “the blueprint for modern life and our declaration of war to a generation that stole our future.” Sonically, the album is among the most relentless and brutal Italian exports in years.

Requiem For Us All is set for a March 19th release on Pavement Entertainment. Pre-orders are now being taken at www.pavementmusic.com. 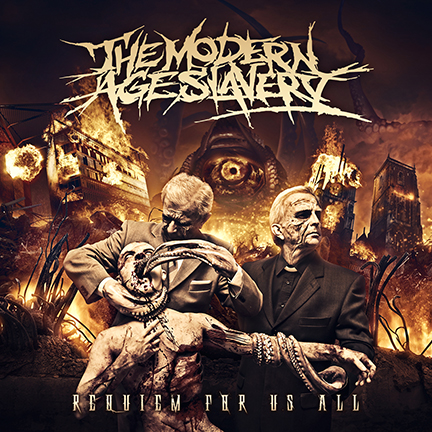 Formed in 2007 THE MODERN AGE SLAVERY gained unanimous critical acclaim from the international press with their first demo, including “Demo on the Month” honors in Rock Hard Germany. Napalm Records took notice and offered the band a worldwide recording deal. Their debut album, Damned to Blindness, was released in November 2008 on Napalm Records and made THE MODERN AGE SLAVERY infamous in the underground scene by delivering a relentless debut that takes no prisoners. The band played a number of shows in support of Damned to Blindness during the first half of 2009 with the likes of Vomitory, Origin, Textures, Brutal Truth and Brujeria. In the fall of 2009 THE MODERN AGE SLAVERY joined Malevolent Creation and Vomitory for the Doomsday X European Tour before jumping on the Evisceration Plague Tour with Cannibal Corpse, Dying Fetus and Obscura.

In December of 2012 THE MODERN AGE SLAVERY signed a deal with PAVEMENT ENTERTAINMENT for the Spring 2013 release of Requiem For Us All. The album will be distributed in North America by MRI/RED. 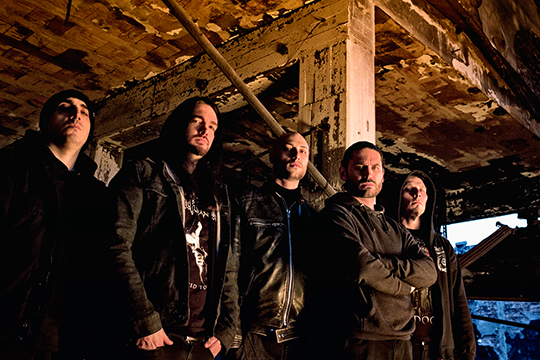 Hot News: The Modern Age Slavery – “Requiem For Us All” Out Tomorrow; New Noise Magazine Streaming Album In Full

Hot News: Pavement Entertainment To Release The Modern Age Slavery’s “Requiem For Us All” On 3/19