Second song from the Swedish Experimental/Progressive band THE MOTH GATHERER has found its way on-line, thanks to LAMBGOAT!

The premiere is available at this link:

The song itself can be streamed or embedded using this direct SoundCloud link: https://soundcloud.com/agoniarecords/thewomb-thewoe-thewoman 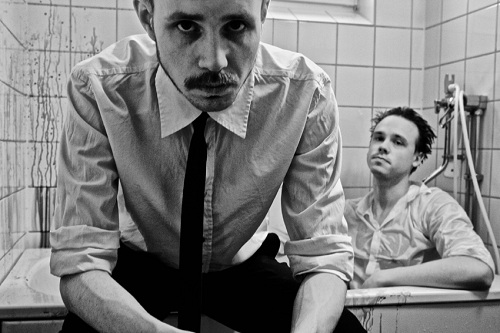 *the picture above is an action shoot from band’s first video clip, that will be revealed on March 18th.

“The Womb, The Woe, The Woman” is the second unveiled track from the band’s upcoming debut album entitled “A Bright Celestial Light”. The album will hit the shops on April 16th worldwide on Agonia Records. The first unveiled song can be listened to at this location: https://soundcloud.com/agoniarecords/the-moth-gatherer-premiere

“A Bright Celestial Light” was mastered by Karl Daniel Liden (Terra Tenebrosa, grammy nominated  Switchblade album) and will feature a guest appearance from Member 001 of The Konsortium fame. The tracklist (5 original tracks, 44 minutes of playing time) is as follows:

1. The Water That We All Come To Need
2. Intervention
3. A Road of Gravel and Skulls
4. The Womb, The Woe, The Woman
5. A Falling Deity

The band is recommended for fans of Neurosis, Breach, Pelican and Cult of Luna.

More news on THE MOTH GATHERER can be found at:

Hot News: The Moth Gatherer unveils a video for “A Falling Deity”