Behold! THE PROPHECY²³ are complete again, after Mario Macaroni left the band some time ago.

But who is the latest addition to the band’s line-up?

Phil Butcher gave up his professional career as an Ashton Kutcher double to join THE PROPHECY²³ on their mission to world domination!

He has the ability to open beer cans just with his awesomeness and really is a true virtuoso on the bass guitar. Sometimes he wakes up at night at a bar and wonders where he is – and why he is naked (again).

Phil Butcher is the best skateboarder in the band and invented the double-ass-crack-penetrator jump just to humble the other band members. 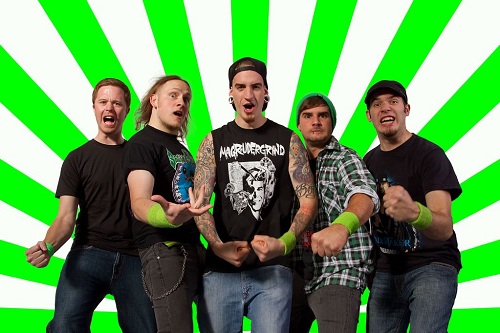 On tour it’s always pretty hard to get his special “beer pizza” (Phil always needs everything at once) but otherwise Phil is very easy to maintain.