Ten years on from the debut album “The Music That Died Alone” THE TANGENT will release their 7th Studio Album “Le Sacre Du Travail” for Insideout Music in the summer of 2013. Their new album is an electric symphonia by Andy Tillison.

Inspired by Igor Stravinsky’s “The Rite Of Spring”, Tillison’s look at the world he lives in 2013 is as usual pertinent, attacking, wistful and sometimes outright funny. “I have never had any desire to sing about The Hobbit. I live in a semi-detached house, near a little supermarket and a Comprehensive School”  he says, “and the things I want to write about have always taken place in this world, be they for good or for ill. As for the band line-up, I’m just used to this flexibility now. Bob Fripp’s had the same take on it since the 60s. I know how he must feel. However, the line-up for this album has offered me a chance to work with the best of the best. That’s an inspiration in itself.”
Returning guitarist/singer Jakko Jakszyk of King Crimson association and Level 42manship, already a veteran of 2 Tangent albums, joins up with Andy & Theo and the celebrated Porcupine Tree drummer Gavin Harrison. Jonathan Barrett loved by Tangent fans for his distinctive liquid fretless bass playing returns for a 3rd consecutive album with the band. As if that were not enough, this unit will be joined by David Longdon of Big Big Train who will be lending considerable vocal support to Andy – it’s likely there will be three main vocalists on this album! 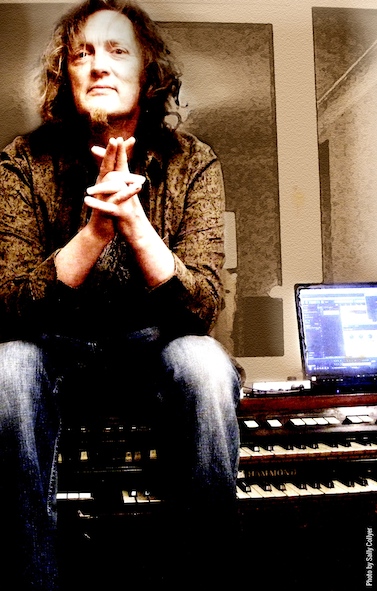 Outlandishly Prog, full of orchestration and Hammond, this album dares to return to the idea that electric musicians with long hair can still stick fingers up at other musical establishments and knock out an album packed with content, melody, excitement and interest. “I knew Roine was right when he said we’re “Back In The World Of Adventures” – That title remains an inspiration to me. Let’s hope we can make this album just that.”