Wormholedeath/Dreamcell11 will release their second album titled “Chaingenesis“world-wide through Aural Music Group. Release date is due at the beginning of 2013 still to be scheduled.

The Whole band stated: “«For all those who care. Our new full-length “Chaingenesis” unfolding 10 parts of Da Sein is about to be released under the wings of WormHoleDeath, an Italian record label. As making deal with WormHoleDeath is a great evolutional step for all of us that’s rather significant event for The Unhallowed conclave. We really appreciate the decision of a well-known label to sign a deal with us and are glad to become a part of WHD family.»”

WORMHOLEDEATH label manager and A&R Worm stated: “«The Unhallowed is an assembly of ambitious and well-reasoned people that have much to say to a reflective world. Since Danien T.G. Was is involved in the band I was so curious to listen to the album because I am such a huge fan of his musical ideas and attitude. When I listened to “Chaingenesis” with Damien’s contribution and Polina’s vocals I went crazy and I asked them to sign to Wormholedeath. This band is simply amazing! Check them out!!!” 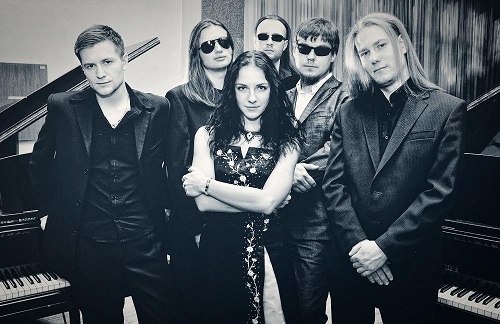