U.S. Progressive Metallers THOUGHT CHAMBER are finally back with a new release, following up on their acclaimed debut album “Angular Perceptions” from 2007. Their sophomore album “Psykerion” is OUT NOW worldwide (with the North American street date being today) via InsideOutMusic.

Therefor you can now check out the next album song “Kerakryps” here: https://soundcloud.com/officialinsideoutmusic/thought-chamber-kerakryps

THOUGHT CHAMBER’s mastermind Michael Harris checked in to comment the track as follows:

“Musically, the first half of this piece has a very infectious and driving rhythm, and the last half is instrumental and gets quite proggy & cinematic.
Lyrically, our main character Avakus has now awakened after his happy dream in “Light-Year Time” and explores the city-like inner design of the “Kerakryps” ship, expressing how much in awe he is in all of it, while also describing some of the adversity that the ship encounters and how he misses his family & friends.”

A first audio sample for the album “Psykerion” was previously launched via the IOM YouTube channel, where you can check out the song “Transcend”: https://www.youtube.com/watch?v=8xS0KfCxlWg

The album’s title track, “Psykerion: The Question”, can be also heard either here: http://youtu.be/soAOinOZZEk
Or here: https://soundcloud.com/officialinsideoutmusic/thought-chamber-psykerion-the 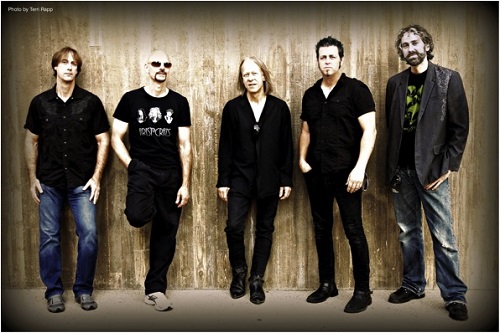 The first pressing European CD edition of “Psykerion” will come with an O-Card packaging and two additional bonus tracks (“Isle of Bizen [acoustic version] and “Recoil [instrumental version]”). It can be ordered from the IOM webshop in Europe here: http://smarturl.it/thoughtchamberiom

The North American purchase link is as follows: http://www.cmdistro.com/Item/Thought_Chamber_-_Psykerion_-PRE-ORDER-/46442

“Psykerion” contains 16 tracks / 64 minutes of superb true progressive metal with a technical sci-fi twist, likely to appeal to fans of Dream Theater, Yes, Rush or Planet X. The album’s cover artwork, which can be seen above, was designed by John E. Holland / MistyMountainGraphics.com. The album was recorded in various locations between 2012 and 2013 and finally mixed and mastered by Tom Size (Y&T, Aerosmith, Mr. Big, Enchant) at Tomland Studios, Pacheco, CA.