Legendary British progressive metal maestros THRESHOLD proclaim the MARCH of progress! Matching the title of their highly successful new masterpiece “March Of Progress” (out via Nuclear Blast since August 24, 2012), the band will finally return to the European stages over the course of the “March Of Progress” tour that’ll kick off coming Friday, March 1, with support from their fellow countrymen of ENOCHIAN THEORY and German folk-proggers CRYPTEX.

Make sure to be there when the magic happens! 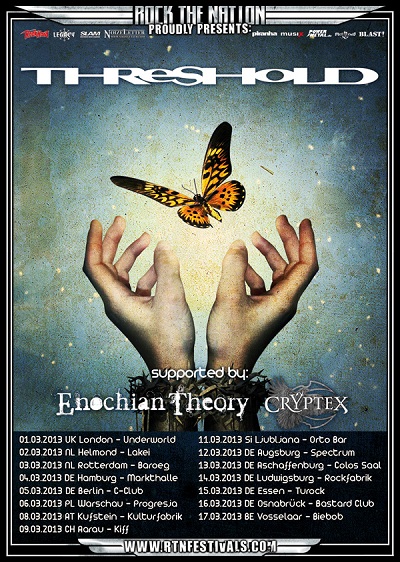 THRESHOLD – Legends Of The Shires

Hot News: Threshold – On tour through Europe in March 2013!