After announcing to start working on a new record in early November 2013, British progressive metallersTHRESHOLD have now issued an update from the studio. The band is currently recording their tenth album at Thin Ice Studios in Surrey, England.

Commented Keyboarder Richard West: “All the drum and bass parts have been recorded and work is now underway on guitars and keyboards.”

The as yet untitled album is due for release on Nuclear Blast Records later this year. 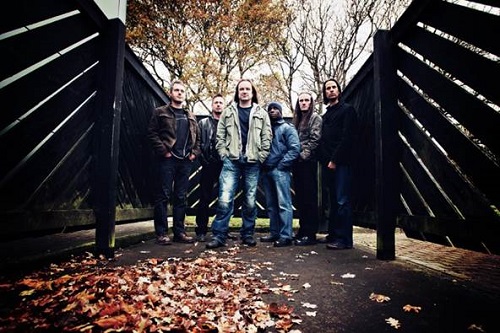 In the meantime you may also check out the following video of THRESHOLD’s appearance at this year’s Rock Hard Festival: http://www.wdr.de/tv/rockpalast/extra/videos/2013/0519/threshold.jsp

THRESHOLD’s most current album »March Of Progress« was released on August 24, 2012 via Nuclear Blast. With »March Of Progress« the British band did not only come to the end of a five year interlude since putting out»Dead Reckoning« in 2007, but also reached the following chart positions on its release in 2012: #28 Germany, #30 Switzerland, #43 Sweden, #55 Austria, #70 Netherlands, #102 France.

THRESHOLD – Legends Of The Shires

Hot News: Threshold – On tour through Europe in March 2013!