October the 24th a new Black Metal opus sees the darkness of the world. Cold, raw, and with the bizarre aura of an everlasting funeral, Throne Of Katarsis delivers their requiem in honor of the final darkness. During three long nights the seven rites of this album was recorded. The séance was done in darkness and with poisoned minds, and with a dedication closer to a possession rather than anything else. All instruments and vocal were recorded live in the studio, in order to capture the aura the band creates during their convocations. A couple of guitar leads were added to the mix, and also chuch organ – recorded at nighttime at a local church during a highly blasfemic ceremony.

The band now consists of four individuals, while earlier being a demonic duo for seven years. The full line up is now: Infamroth (voice, guitar and church organ), Skinndød (guitar), Sanrabb (bass) and Vardalv (drums). The album title “Ved Graven” can be translated to “At the Grave”, and is by far the darkest material written by the band to this date. To complete the vision Njard drawed the cover art, and Stein Sund assisted the mixing and mastering of the album. This is the their third studio album, and continues the march towards the funeral. 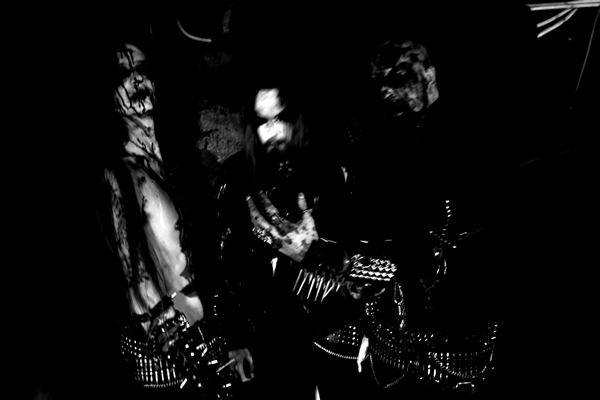