The song is also available from today as a digital single for download and streaming on all music platforms. Artwork is pictured below. 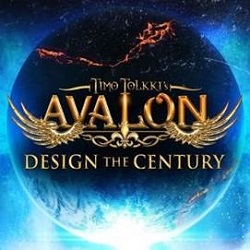 The anticipated sophomore release from TIMO TOLKKI’S AVALON will be entitled “Angels Of The Apocalypse”, and is slated for a May 16th release in Europe and May 19th release in North America through Frontiers Records. Besides Floor Jansen, the amazing cast of vocalists appearing this time includes Simone Simons (EPICA), Fabio Lione (RHAPSODY OF FIRE), David DeFeis (VIRGIN STEELE), Zachary Stevens (ex-SAVATAGE, CIRCLE II CIRCLE), plus Elize Ryd (AMARANTHE) — who appears again after contributing to the first album — and the stunning Chilean singer Caterina Nix, who is working on her debut album, which is also produced by Tolkki. As for the players on the album, Tolkki finally managed to reunite the legendary STRATOVARIUS “Dreamspace” lineup, calling Antti Ikonen and Tuomo Lassila to play keyboards and drums respectively.

Once again the stunning artwork is provided by the French artist Stanis W. Decker and the first pressing of the physical edition will be available in a glossy digipak.

Hot News: Timo Tolkki’s Avalon – A world without us