Touché Amoré is beyond excited to announced that they are confirmed to play FYF in Los Angeles on September 3rd alongside the Descendents, Death >From Above 1979,  Guided By Voices, Kid Dynamite, and so many more.  Vocalist Jeremy Bolm commented, “We’re excited to announce we will be performing at this years FYF Fest. Being that we’re from Los Angeles, many of us have attended the festival the past couple of years and we’re looking forward to being a part of it. The opportunity to play alongside some of our favorite bands that we’d normally never get the chance to is the best part. We can soon say we got to share the stage with The Weakerthans, Explosions in the Sky, Broken Social Scene, and especially Descendents. This is a very eclectic and open-minded festival and we’d highly recommend making the trip!”

Touché Amoré is on tour non-stop in support of their new album Parting the Sea Between Brightness and Me which was released June 7th on Deathwish Inc. to incredible amounts of critical acclaim.  Here’s what the press has been saying recently:

“depressingly short, and devastatingly powerful, I loved every minute of it” – The Gorgon

“A lot has changed for Touché Amoré, but even with the switch to a bigger label, they keep a voice that is theirs, and it’s got the potential to be one of the loudest voices in the genre. ” – punknews.org

“passionate, awe-inspiring, and a testament to the dedication and collaboration of five talented musicians and one equally talented producer.” – National Underground

In “Parting the Sea Between Brightness and Me“, Touche Amore’s creative formula is driven by emotional affect, not contemporary studio effects. In the purest form possible, raw shouted vocals and clean manic guitars fight for volume over roomy bass and percussion. Creating a sound that is shockingly simple as it is emotionally engaging. The serene and fragile opening notes of “Tilde” serve as the album’s introductory serenade before Touche Amore pound and jangle into the hook-laden song. And seconds later, when vocalist/lyricist Jeremy Bolm screams “…I’m parting the sea between brightness and me…”, a tone of desperation sets in that resonates throughout the duration of the album. His straight forward cries convincingly tell his own personal story. To some, this lyrical writing could read as a diary based purely in self deprecation, but his words cut and pull from a much deeper place in the heart. Serving as an open window into his constant soul searching amid life’s constant trials and tribulations. Songs like “Home Away From Here” and “Sesame” are great examples of this, infectious in their sound and moving lyrical spirit. While “Method Act” and the emotional “Condolences” show the band experimenting with epic leanings while maintaining their beloved trademark character. Without a doubt, Touche Amore’s “Parting the Sea Between Brightness and Me” is a stunning full length achievement on any scale. Proving that there is true beauty within the concept of artistic simplicity. 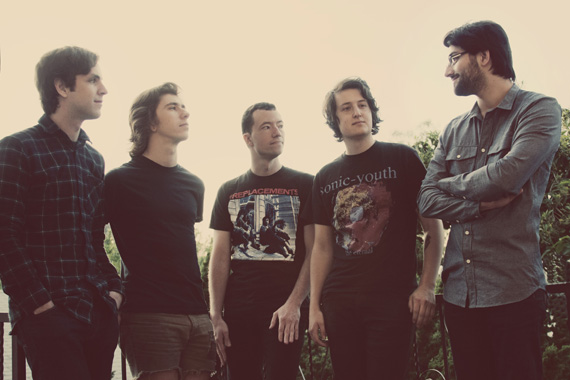 Converge, Touché Amoré, A Storm of Light, The Secret – Koncertbeszámoló