TOWERS OF FLESH, the blackened death metal trio comprised of of members from core bands within the United Kingdom’s extreme metal scene, has completed work on their newest album, Antithetical Conjurations.

Release date and other details regarding the album will be announced soon. To give fans a taste of the madness to come, the band has posted an album sampler at this location.

Antithetical Conjurations is the band’s second full-length release to date and is without a doubt their best work thus far. The album contains six tracks, runs at around 40 minutes and it wastes no time in menacingly infusing harmonic overlays with discordant rhythms, conjuring an image for all to see, but none to hear. This release is one which has been rooted in atmosphere rather than musical complexity and there is an undeniable aura of morbidity which purveys throughout. In an age of dramatism and slogans the band have consciously decided to take a step back and let the listeners deduce their own conclusions rather than making any grand claims about the vitality of the album.

The dynamic of the trio is invariably different from many of their contemporaries since all instrumental duties are handled exclusively by two members. In addition to this; the band is fairly exclusive with regards to live dates, albeit unintentionally, it seems as though appearances on the local and national circuit are rare. However, all members are linked to other bands within the UK’s underground music scene and seem to have come together in order to amalgamate their influences in the hope of creating something fresh and stimulating for the listener.

Artwork for Antithetical Conjurations comes courtesy of Aisha Louisa Al-Sadie. The album was recorded by Anil Carrier at Darksound Studios in Wolverhampton. 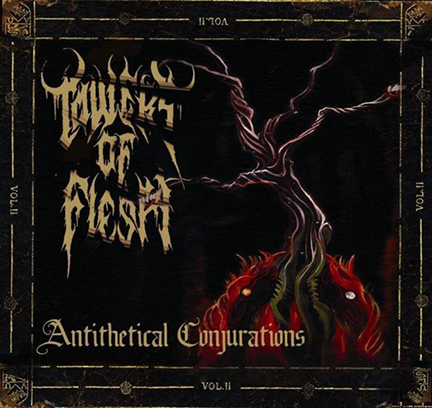 TOWERS OF FLESH was formed in Birmingham in 2008 and released their first album, The Perpetual Paradox, in 2010. It was mastered by local musician Mick Kenney (Anaal Nathrakh) and recorded in two split sessions; the first of which took place in July ’09 with one time Annotations of an Autopsy and Bring me the Horizon Producer in Swindon and the second in September ’09 at Hellfire Studios in Birmingham (Motorhead, Immortal, Orange Goblin). 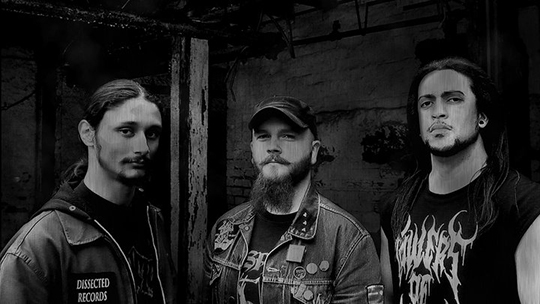