It is with great pride that we announce the signing of the thrash metal/crossover combo from Albacete (Spain) “Toxovibora” with Art Gates Records.

Based in Spain, a town that the English translated as “In Hell”, you can’t expect anything good.

In line with thrash and death metal sounds of the 90′s bands such as Pantera, Slayer or Megadeth, but with the freshness of the new generations, this band combines a biting and sharp-edged sound, heartrending riffs, a powerful rhythmic base along with committed and raw lyrics. 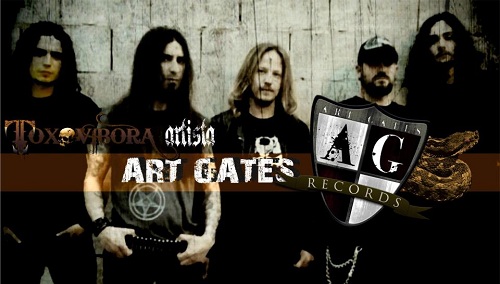 Despite the short-life of the band, their level is really high, knowing that all its members were part of several formations with years of experience.

With their first album of studio “Primer Ataque” they will shake the backgrounds of the scene. Are you ready to feel their bite???