…AND YOU WILL KNOW US BY THE TRAIL OF DEAD have just finished their autumn tour in support of their new album “Lost Songs”, which was releasedin Europe yesterday. Lost Songs gets much luv from the international press, amongst which the German music magazine VISIONS  declares “Lost Songs” album of the month in their November issue!

VISIONS comments:
“Praises to Conrad for retrieving his „Lost Songs“! Less bombast, more energy, a band gone wild with chords. An unexpectedly thrilling masterpiece from the hands of a musical genius.” 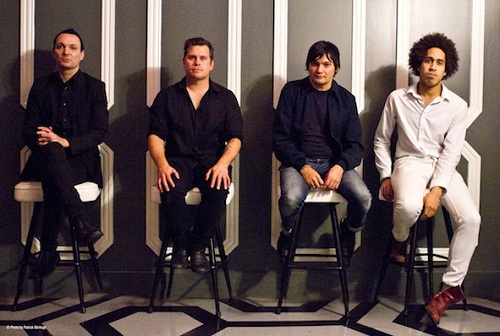 One of the exclusive bonus tracks from the new album is available via stream as of today. “Mountain Battle Song” drips with face-melting guitar riffs, pounding drums and ferocious head banging. A ballad in its own right, the track proclaims “down with the emperor,” declaring Trail of Dead’s status at the top of a rock n’ roll hierarchy.
Check out the song here:
http://www.pastemagazine.com/blogs/av/2012/10/song-premiere-and-you-will-know-us-by-the-trail-of.html

And Conrad Keely himself shows & explains in a Youtube video the special edition of the new album !
Click link below:
http://www.youtube.com/watch?v=VpnjmtxXRmw&feature=youtu.be

Click on the link below to order “Lost Songs” in various formats:
http://www.insideoutshop.de/Category/Lost_Songs/140

Hot News: …And You Will Know Us By The Trail Of Dead reveal artwork for Tao Of The Dead Part 3 EP; less than two weeks left!

Hot News: …And You Will Know Us By The Trail Of Dead reveal pledgers-only snippet of Tao Of The Dead Part 3 EP

Hot News: …And You Will Know Us By The Trail Of Dead send video update from the making of their PledgeMusic EP Tao Of The Dead Part III

Hot News: …And You Will Know Us By The Trail Of Dead unveil new video for Lost Songs

Hot News: Trail Of Dead – Songpremiere through The Fly and Spotify