Originally formed in 1994 under the name Natt, the band changed their name to TRAIL OF TEARS in 1997. Shortly after they recorded a 3-track demo tape entitled “When Silence Cries…”

The debut album “Disclosure In Red” was released in November 1998 via the Dutch label DSFA Records, which was followed by “Profoundemonium” about 2 years later. They signed to Napalm Records in 2001 and released 4 further albums over the course of 8 years.

TRAIL OF TEARS played a lot of shows worldwide, among others with Tristania, Therion, The Sins Of Thy Beloved, Cradle Of Filth or Biohazard. They also performed at festivals such as Wacken Open Air, Wave Gotik Treffen, Metal Mania Open Air, Metal Crowd Festival or Summer Breeze.

The band went through a couple of line-up changes, most recently with the departure of the band’s former drummer Cato Jensen. Bjørn Dugstad Rønnow joined the band as new drummer in March 2012.

TRAIL OF TEARS have now signed with Massacre Records and plan to release their 7th full-length album “Oscillation” in spring 2013.

“After a recording process full of challenges we are very happy to announce the signing to Massacre Records for our seventh album ‘Oscillation’. Massacre (Records) has a long history and a strong reputation and has shown interest and support towards the band for a long time. We look forward to detonate ‘Oscillation’ upon you all through the channels of Massacre (Records)!” 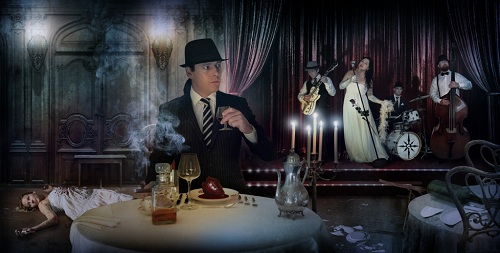